I aim to improve our understanding of the three-dimensional Southern Ocean circulation and its key role in global climate, using a combination of ocean observations and novel analysis of state-of-the-art ocean and climate models.

Despite covering only a third of the global ocean area, the Southern Ocean absorbs nearly half of the total carbon dioxide and three quarters of the total heat absorbed by the oceans from the atmosphere. By absorbing excess heat and carbon dioxide, the Southern Ocean is damping the effect of global warming.The stability of our future climate depends on the rate at which the Southern Ocean continues to store and redistribute heat and carbon, which is dependent on its complex currents and circulation. One key aspect of this circirculation is the upwelling of global deep waters to the sea surface in the Southern Ocean. My goal is to continue to understand the complex three-dimensional aspects of this circulation, how it impacts ocean transport and storage of heat, carbon, and nutrients, and how it responds to change. 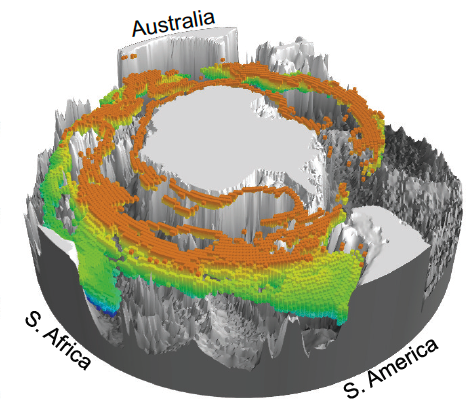 Global estimates of ocean carbon and heat absorption rely on accurate estimates of air-sea exchange, but the wild wind, waves, and ice of high latitudes make these exchanges challenging to measure, particularly in winter. Improved technology of moored buoys, and wind, wave, and battery-powered autonomous platforms that can withstand these harsh conditions offer unprecented insight into air-sea exchange. Using the southernmost multi-year air-sea flux mooring observations, I am working to uncover the drivers and ocean response to air-sea exchange in the high latitude Southern Ocean. I am interested in designing observing systems to capture the variability in air-sea exchange in space and time in the Southern Ocean, and using these observations to improve numerical weather prediction, ocean, and climate models. 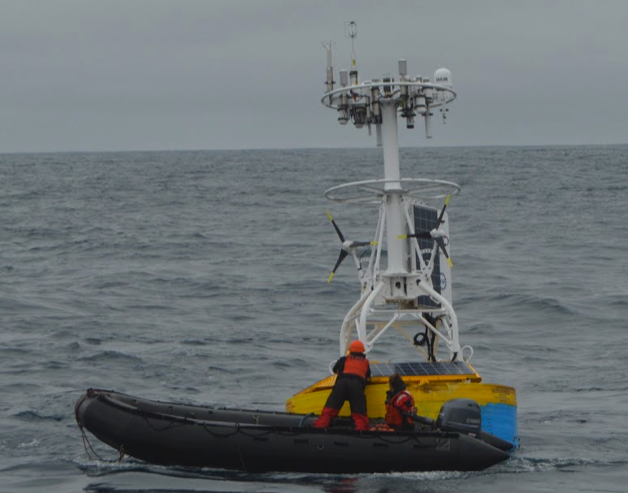 Circulation of warm water around Antarctica

The Southern Ocean circulation carries warm water under Antarctica's ice shelves, accelerating Antarctic ice shelf mass loss and contributing to sea level rise. Different physical mechanisms control the rate of heat transport toward Antarctica, including eddies, tides, and topographically-steered flows. I am interested in understanding the pathways and fate of this warm water as it circulates around the Antarctic margin, and what processes control the amount of heat that eventually reaches the base of the ice shelves. I am using high-resolution ocean models to explore the fate of warm water around Antarctica, and how it responds to climate variability.

Boundary currents are like the freeways of the ocean, carrying huge quantities of heat and other properties around the global oceans. Boundary currents are just as important in the deep ocean circulation, and yet our knowledge of them is limited as most of the deep ocean remains unexplored. New technologies, such as deep floats and gliders, are providing an opportunity to expand our knowledge of the deep ocean. I am interestied in using all the available tools to better understand the characteristics and underlying dynamics of deep boundary currents. I recently identified the importance of a deep boundary current south of Australia in feeding carbon-rich waters to the Southern Ocean, and characterized its pathway and variability. 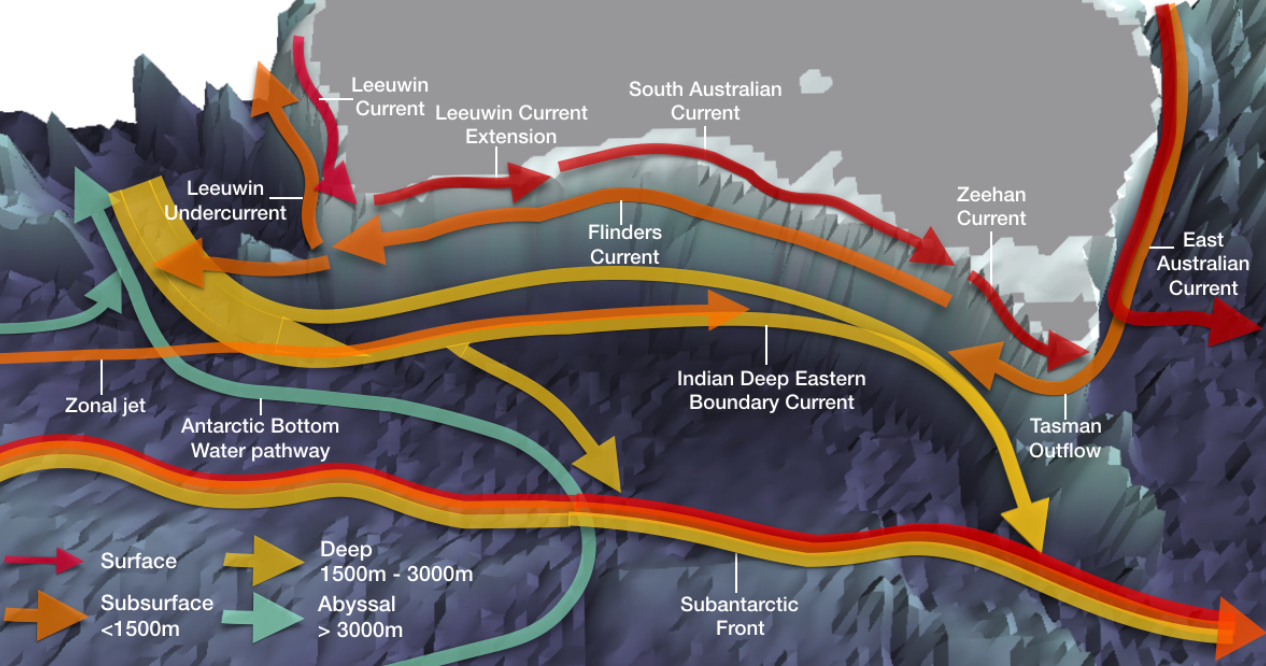